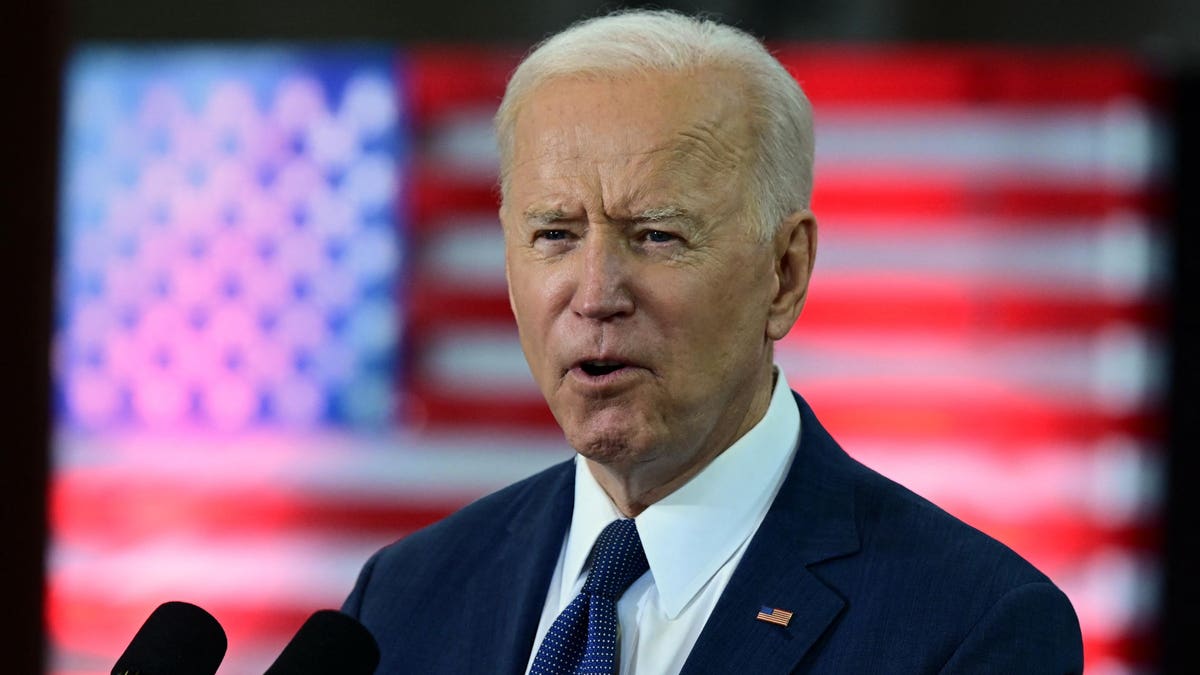 White House officials touted President Joe Biden’s newly proposed $2 trillion in infrastructure-focused spending on Sunday and defended the plan’s higher corporate tax rate, but lawmakers on both sides of the aisle are pushing back on its provisions, setting the stage for grueling negotiations as the plan makes its way to Congress.

“The vision the President has put forward is fully paid for,” Transportation Secretary Pete Buttigieg told NBC News on Sunday morning, saying that Biden’s proposed corporate tax rate of 28% (compared to 21% currently) would raise all the revenue needed for the infrastructure plan in 15 years.

Speaking to CNN’s State of the Union, Energy Secretary Jennifer Granholm called the proposed hike a “reasonable middle” in light of the 35% corporate tax rate under Presidents Obama, Bush and Clinton, and she urged lawmakers not on board with the increase to “come and tell us how you would pay for [the plan.]”

On ABC’s This Week, Sen. Roy Blunt (R-Mo.) blasted the administration for touting the American Jobs Plan as an infrastructure package despite hundreds of billions of dollars for non-infrastructure provisions (such as investments in electric-vehicle charging stations), saying he thinks there’s an “easy bipartisan win,” if the administration cuts about 70% of the bill.

Blunt also said Biden’s proposed tax hike could reverse the “dynamic and dramatic” economic growth before the pandemic hit and warned of increased global competition from countries with lower taxes on corporations.

Meanwhile on CNN, Sen. Bernie Sanders (I-Vt.), who also heads up the chamber’s Budget Committee, urged the president to tack on more spending for “human infrastructure,” through investments in healthcare, childcare and student debt relief, saying “a lot more work has to be done.”

To pass the $1.9 trillion American Rescue Plan, Democrats used a special legislative process called budget reconciliation that allowed them to advance the bill with only a simple majority in the Senate, as opposed to the 60 votes typically needed. Senate Majority Leader Chuck Schumer (D-N.Y.) has reportedly asked the Senate parliamentarian, who interprets the chamber’s rules, whether Democrats can once again pass another bill by reconciliation this year, but even if that happens, they will need strong intra-party support to push through the president’s infrastructure plan. Given the evenly split Senate, all Democrats in the chamber would need to vote in support of the legislation. Meanwhile, Senate Minority Leader Mitch McConnell (R-Ky.) has already suggested his party won’t support the plan, telling reporters earlier this month: “I don’t think there’s going to be any enthusiasm on our side for a tax increase.”

Moderate Democrats have also come out in opposition of Biden’s plan, with Sen. Joe Manchin (D-W.V.) and Rep. Scott Peters (D-Calif.) suggesting they won’t support a 28% corporate tax rate and other lawmakers flat out saying they won’t entertain negotiations if the plan doesn’t lift the caps imposed on State and Local Tax (SALT) deductions under President Trump. “Simply put: No SALT, no dice,” Rep. Josh Gottheimer (D-N.J.) told Axios last week. No such provision was included in the proposal, and Biden has reportedly signaled he doesn’t support lifting the deductions.

In a recent note, economists at Goldman Sachs said that September 30 marks the deadline for the infrastructure bill to pass Congress, pointing to the expiration date for a highway and transportation funding bill that will help shape the package. The bank says the package could be enacted as soon as late July.

What We Don’t Know

How much Biden’s plan may cost overall. He’s set to debut a second part of the package later this month, focusing on provisions including childcare and healthcare, while proposing a higher income tax on wealthy individuals.

“While Biden got nearly everything he wanted with his $1.9 trillion rescue bill, that’s very unlikely to occur with his Build Back Better [proposal], even if Democrats utilize reconciliation, which is nearly guaranteed,” Vital Knowledge Media Founder Adam Crisafulli said in a Saturday note, adding that he thinks the corporate tax rate likely won’t go higher than 25% given the opposition from some lawmakers.

Who Will Be The Biggest Losers From Biden’s Tax Hikes? (Forbes)

How to Drain a Pool

Melting Mountain Glaciers May Not Survive the Century