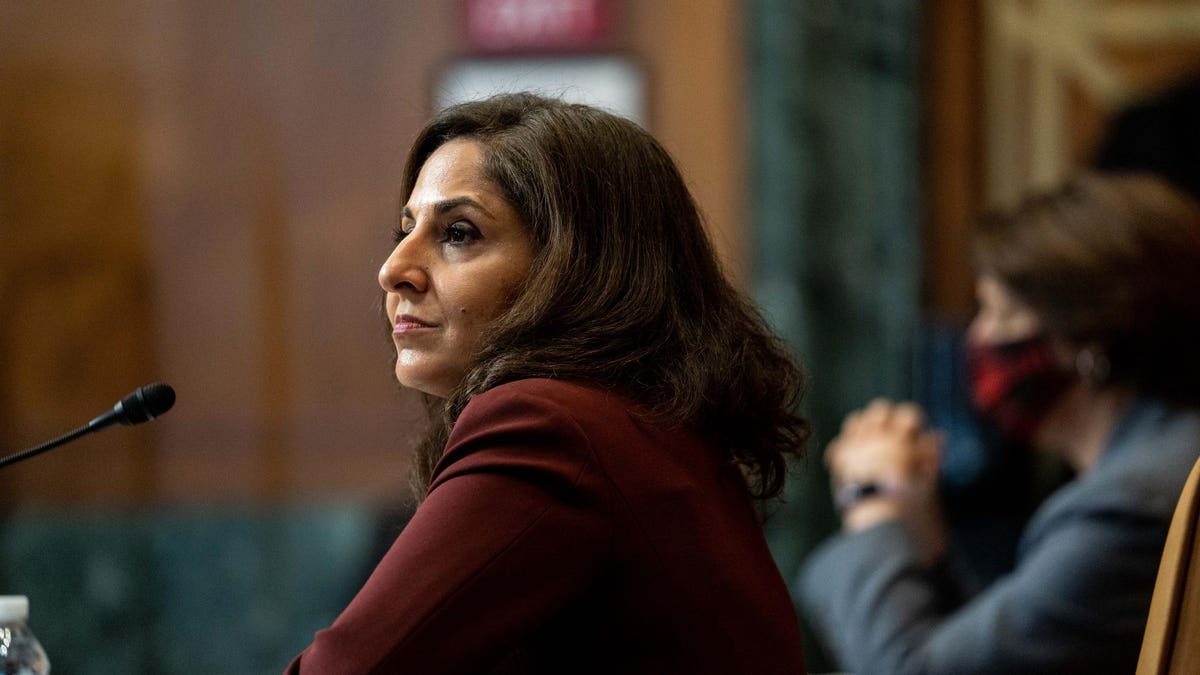 Neera Tanden’s nomination to head the Office of Management and Budget is hanging by a threat, with Republicans coalescing against her after Sen. Joe Manchin (D-W.Va.) announced his opposition over her history of pointed statements on social media – now, she needs support from several unlikely allies to make it through.

Manchin announced Friday that he would oppose Tanden’s nomination over tweets in which she disparaged Republicans and progressives, which he said would have a “toxic and detrimental impact” on the relationship between Congress and the OMB.

Sen. Susan Collins (R-Maine), one of a handful of Republicans who have voted for every Biden nominee so far, said Monday she, too, would oppose confirming Tanden, who once referred to Collins in a tweet as “the worst.”

So far no Republican has come forward to support her nomination, with Sens. Mitt Romney (R-Utah), Rob Portman (R-Ohio) and Pat Toomey (R-Pa.) – none of whom have voted against a Biden nominee yet – announcing their opposition.

Tanden will need at least one undecided Republican vote, which could come from Sen. Shelley Moore Capito (R-W.Va.), who has not stated a position on Tanden but hasn’t opposed any Biden nominees yet, or Sen. Lisa Murkowski (R-Alaska), a moderate who told reporters she is “still visiting” the issue.

Tanden will also need to shore up support from undecided Democrats, including from Sen. Kyrsten Sinema (D-Ariz.), a moderate known for bucking her caucus, and Sen. Bernie Sanders (I-Vt.), who confronted Tanden in her Budget Committee hearing over corporate donations and her “vicious attacks” on progressives, including himself.

Spokespeople for Capito, Murkowski, Sinema, Sanders and did not immediately respond to requests for comment.

Tanden was repeatedly grilled for her tweets in her confirmation hearings, with Portman noting she called Sen. Tom Cotton (R-Ark.) a “fraud,” labeled Senate Minority Leader Mitch McConnell “Moscow Mitch” and “Voldemort” and said vampires have more heart than Ted Cruz. “You called Sen. Sanders everything but an ignorant slut,” Sen. John Kennedy (R-La.) told Tanden. Tanden apologized for the tweets in her hearings, stating she “regrets” and “takes responsibility” for them.

Despite repeatedly vowing to stand behind Tanden and expressing confidence she will be confirmed, it seems the White House has done little to reach out to pivotal GOP senators on her behalf. Murkowski said Monday she hasn’t heard from the White House on Tanden, while Portman told reporters he had spoken to the White House several times recently, but not about Tanden. White House press secretary Jen Psaki said during a briefing on Monday that the White House is “certainly” reaching out to Senate Republicans.

Manchin emphasized to reporters on Monday that his opposition to Tanden is “not personal,” and that “timing” is the key factor in his decision to oppose Tanden despite voting to confirm Richard Grenell, also known for his vicious tweets, as Trump’s ambassador to Germany. “Jan. 6 solidified me that this place has got to come together… we just gotta calm it down.”

“If you take a look at the folks who we voted in the last cycle, I think she’s pretty damn qualified,” Sen. Jon Tester (D-Mont.), the only Democratic senator besides Manchin representing a state Trump won by double digits, told reporters. “Anybody who can get both the left and the right mad has got to be qualified,” he added, urging the White House not to pull her nomination.

Senate Democratic Whip Dick Durbin told reporters it is “too soon” to pull Tanden’s nomination, stating, “We need to measure what support she might have among other Republicans.” But Republicans were less optimistic about her chances of getting through. “She’s just burned her bridges,” said Sen. John Cornyn (R-Texas), according to pool reports. “I’m sure she’ll have a great future doing something else, but not as OMB director.”

Several replacement nominees have already been floated. Gene Sperling, a former director of the National Economic Council, and Ann O’Leary, a former Hillary Clinton campaign staffer and ex-chief of staff to California Gov. Gavin Newsom, are the top contenders, according to Politico and CNBC.