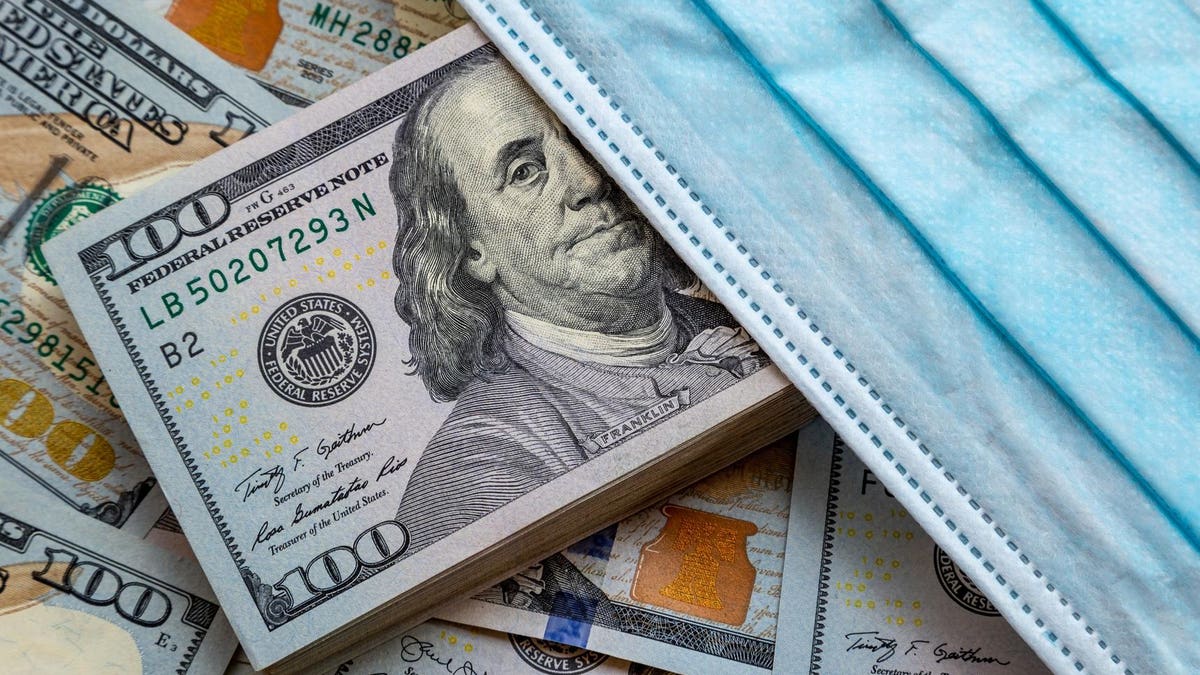 It began as an extended snow day and quickly accelerated to a nation-wide shutdown with no end in sight. With markets falling in a tailspin, could you blame anyone who became anxious?

The future looked bleak—assuming you believed you would have a future.

“Obviously a year ago people were scared,” says Craig Kirsner President, Retirement Planning Services at Stuart Estate Planning Wealth Advisors in Pompano Beach, Florida. “The economy was shut down, the S&P was down 31% and the Dow was down 41% in only a 6-week period! People were having flashbacks to the 2008/2009 crash and were really getting concerned!”

This wasn’t a normal bear market. It wasn’t driven by the economic cycle. You’re used to economic cycles. You can’t predict them, but at least you understand them.

This time, however, a previously unknown disease suddenly came upon the entire world, causing the wheels of the global economy to abruptly stop, resulting in a record-breaking market collapse. With no way to contain the disease and no cure on the horizon, things looked like they’d be spiraling down for some time.

“One of the worst expectations I faced with my clients was that the stock market plunge would continue,” says Syed Nishat, Partner at Wall Street Alliance Group in New York City. “I remember one of my clients calling in a panic and telling me to sell everything in his retirement plan as he fully expected the Dow Jones Industrial Index to drop to 10,000. Businesses were paralyzed at that time, and there was no immediate source of hope as massive layoffs were anticipated. People were not sure about their careers, even ones that had seemed safe and certain, and many investors were tempted to cash out their 401(k) accounts while they sat on the sidelines to wait for recovery and being told to invest back into the market.”

The unfolding events were unprecedented. No one had any answers. You couldn’t be sure if anyone was even asking the right questions. This cocktail of uncertainty seemed like a runaway train, speeding too fast down the tracks for there to be any reasonable hope it could be stopped before disaster struck.

“The pandemic turned the world upside down as we were faced with something that hasn’t been seen in 100 years,” says Equitable
Advisor Michael S. Cocco, based in Nutley, New Jersey. “How would the world keep on turning and how would business be able to be conducted when everyone was shut inside? Businesses and people were forced to adapt and change their ways of doing things. Change and adaptability were no longer a topic discussed at staff meetings, but a complete necessity, and needed to happen right away. Also, global markets imploded and many were worried about their plans for retirement, having enough money to stay retired, the future was uncertain for all.”

Today, fully a year later, what have you learned?

For one thing, you learned fear and uncertainty offer no guarantee bad things will happen, and if they do, that they may not stick around as long as you think.

“Our fear largely did not materialize for two reasons,” says Andrew Herron, Managing Partner of Stone Pine Financial Partners based in Media, Pennsylvania. “First, let’s give the government a bit of credit here, they actually responded quite quickly to the challenges at hand and they provided more flexibility in how one could access funds from their retirement accounts. Second, the stock market had an extremely quick recovery, one that bested even some of the most optimistic predictions.”

The bipartisan CARES Act was signed into law by President Trump on March 27, 2020. Now, don’t think Congress moved that quickly since the pandemic was only just beginning at that point. The history of the law dates back nearly a year earlier. It was, however, quickly repositioned to address the immediate concerns wrought forth by the coronavirus.

“The CARES Act provided a tremendous amount of financial flexibility and ‘relief’ for retirement plan participants,” says Richard Rausser, Senior Vice President – Client Services at Pentegra in New York City. “Since the CARES Act was signed into law, the additional relief legislation did not extend any of the retirement plans provisions provided in the CARES Act that had sunset dates in 2020.”

Of course, the easing of the retirement plan withdrawals represents a double-edged sword.

For the most part, these worst fears of withdrawals were not realized.

“A year ago, when the pandemic closed everything and legislation opened up retirement plans for penalty-free withdrawals,” says Jennifer Sahady, CEO of Master Money with Jennifer Sahady in Boston. “I was deeply concerned that many people would withdraw retirement funds out of necessity or even pre-emptively. Thankfully, statistics showed less than 3% of people withdrew money.”

There might have been a reason for this. The accelerated volatility of the market worked both ways. Not only did you see the fastest bear market, but you also saw the fastest recovery.

“The best part of 2020 was that the market rebounded very quickly,” says Michael Foguth, founder of Foguth Financial Group in Brighton, Michigan. “Never, before in history, have we seen that big of a drop in such a short period of time and that large of a recovery in that short period of time.”

This dramatic turnaround condensed the market cycle in a way that made it obvious to all. Financial professionals often caution investors to “wait it out” when the market falls. In 2020, you didn’t have to wait long. The market may have already started its rebound by the time people received their first quarter 401(k) statements. The fact is, things simply happened too fast for people to act on any anxiety they might have felt.

Joseph H. Guyton, Principal of The Guyton Group in Portsmouth, New Hampshire, says, “The markets actually rebounded relatively quickly as it became apparent that not all sectors would be devastated or disrupted by these events.”

In 2020, the pandemic introduced extremes on both ends of the spectrum. Retirement savers got the chance to see immediately the consequences of their decisions. Normally this experience takes years to realize. In 2020, it happened within months.

“Financial planning is never cookie-cutter, and neither is how the pandemic affected people’s retirements,” says Michele Lee Fine, CEO and Founder of Cornerstone Wealth Advisory LLC of New York City. “Some people were forced to liquidate savings at/near market lows permanently locking-in losses, while others seized market volatility for considerable investment gains. Last year, pundits and headlines echoed the fear of not knowing where the bottom would be in the market. This was/is unchartered territory. Despite this, it was around the same time last year that stock markets hit their lows. For those who didn’t rely on assets to fund lifestyle, they were financially prepared to manage any stock market volatility and had confidence in their planning to not be overly reactive – they’ve come out ahead.”

These are the lessons that increase financial literacy. Do you know people who learned them?