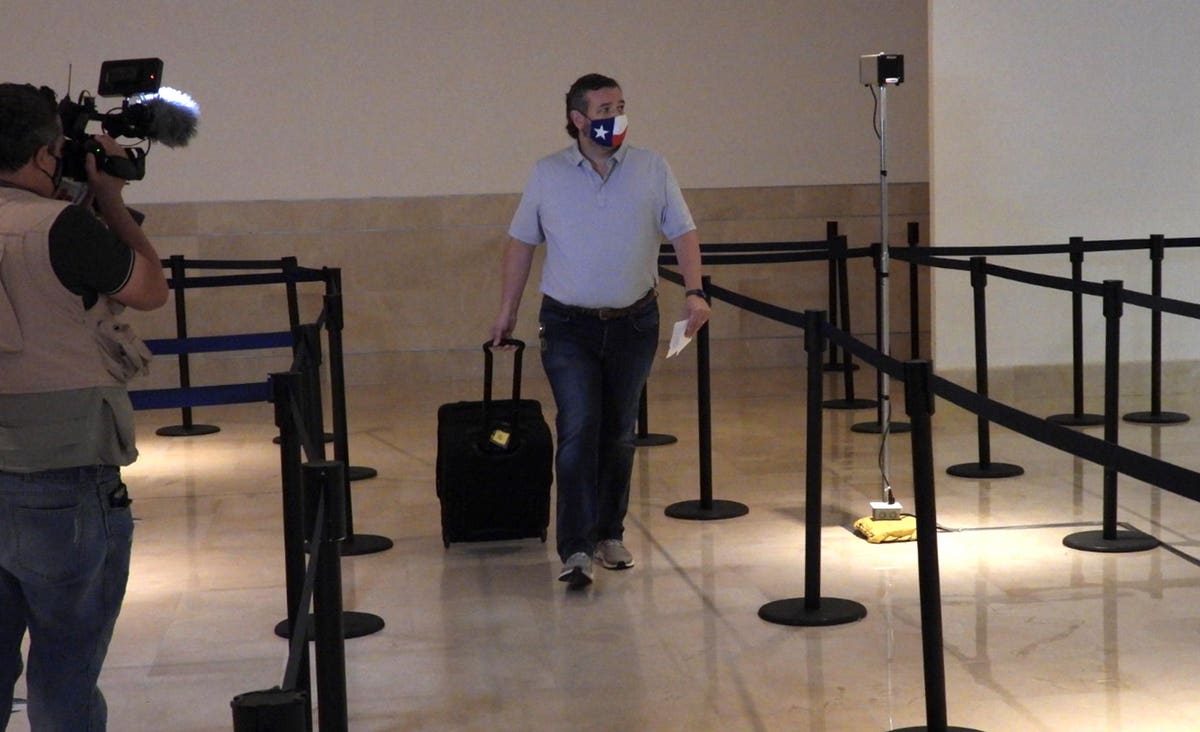 Sen. Ted Cruz (R-Texas) on Thursday revealed that he had “second thoughts” immediately upon boarding his flight to Cancún, Mexico, the previous day, but nonetheless defended the decision to take a vacation amid a crisis in Texas as taking care of his family like “every Texan.”

During a press conference outside his Houston home, Cruz revealed that the escape from the freezing temperatures and power outages in Texas that he had just returned from was planned to run through the weekend, after he put out a statement claiming he simply accompanied his daughters on a trip they requested to “be a good dad.”

Cruz conceded he “started having second thoughts” as soon as he sat down on the plane, adding that those worried “grew even greater” when he arrived at the Canún airport and saw the backlash on social media.

At issue is Cruz’s decision to depart his state while it’s in the grips of an unprecedented power crisis in which, as of Thursday morning, nearly half a million of his constituents were still without power and many faced food and water shortages.

But Cruz defended the decision to abandon his home after a “tough” two days without power and heat, asserting he was just trying to take care of his family like “Texans … across the state” who were “doing the same thing.”

Cruz lamented that his attempted vacation has become an “item of debate and distraction” and that “critics have tried to paint it as somehow diminishing the suffering and hardship,” which he said was not his intention.

The crisis was prompted by a severe winter storm that officials say froze critical equipment at natural gas and coal facilities, in addition to some wind turbines. The crisis has prompted a fierce national debate about energy and climate change.

Officials have also said Texas’s independent power grid was “seconds or minutes” away from a failure that would have caused blackouts for “an indeterminate amount of time,” which was averted only through rolling blackouts that left over a third of the state without power at times.

Why I Said No to Being Called CEO