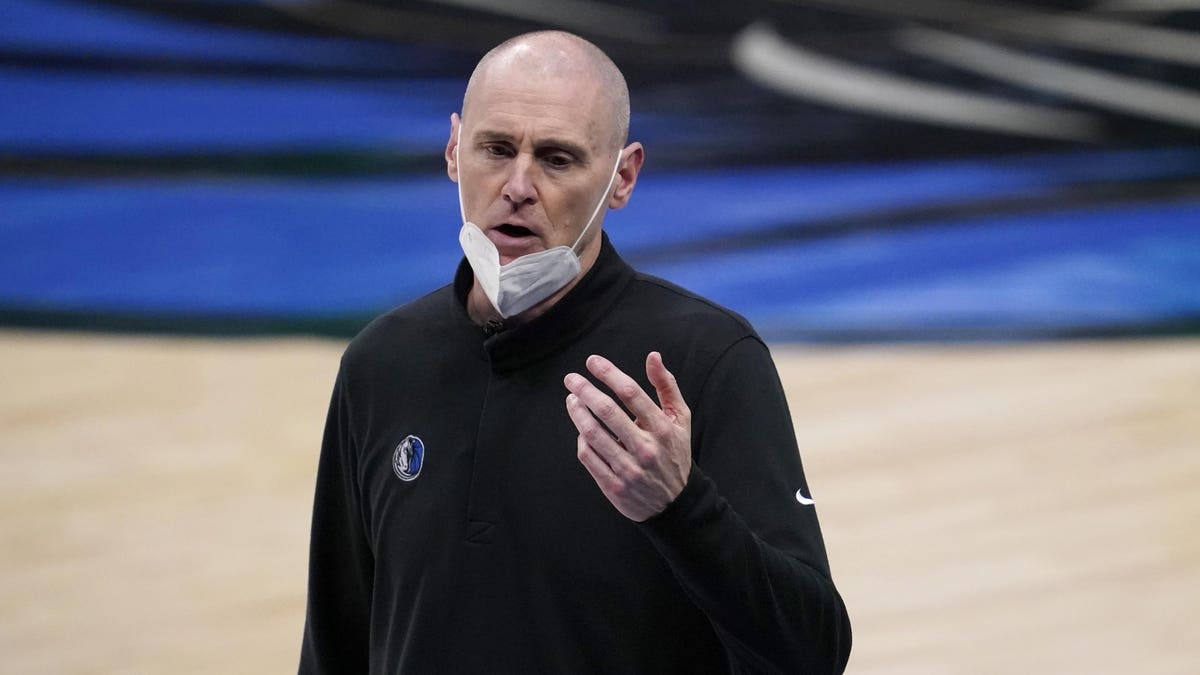 The Atlanta Hawks announced Monday that the organization relieved Lloyd Pierce of his coaching responsibilities. Pierce’s firing elicited both shock and concern around the league. One of the loudest and most prominent voices expressing dismay is that of Dallas Mavericks Head Coach Rick Carlisle.

Carlisle, who is also the president of the National Basketball Coaches Association, spoke at length about the Hawks’ decision to fire Llyod prior to the Mavericks’ game against the Orlando Magic on Monday. Calling the firing “insane” and questioning its timing, Carlisle touched on Lloyd’s work not only as a coach but as a leader of the NBA’s racial justice work.

“This is a shocking development to all of us in the coaching world,” Carlisle said. “The timing seems odd. The team had injuries, a lot of those kinds of things, but Lloyd is a guy that has had a profound effect on the landscape of social justice, particularly over the last 12 months.

“He was the chairperson in Coaches for Racial Justice. He was the guy that was the first guy in the entire NBA to facilitate his local arena as a voting center in Georgia. That triggered a chain of events that led to 22 NBA arenas being certified as voting centers. As we’re all well aware, the state of Georgia, in very large part because of Lloyd’s work and his commitment, went from being a traditionally Republican state to a Democratic state—not only in the electoral college vote in the presidential election, but also in the runoff elections in January, which has massively changed the landscape of our country.”

Carlisle has regularly spoken highly about Llyod’s social and racial justice work. The two partnered together prior to the NBA season restart inside the bubble at the Walt Disney World Resort in Orlando, Florida to form the Coaches for Racial Justice initiative. Since then, Carlisle has repeatedly praised Lloyd’s work as a coach and activist.

The Hawks hired Pierce in May 2018 as the franchise’s thirteenth full time head coach. In two and a half seasons Pierce led the team to an overall record of 63-120. Assistant Coach Nate McMillan takes over as the team’s interim head coach.

“We would like to thank Lloyd for his work and commitment to not only the Hawks organization but the city of Atlanta. He and his wife, Melissa, are tremendous people who have made a positive impact throughout the city,” Atlanta Hawks President of Basketball Operations and General Manager Travis Schlenk said in a statement. “We have high expectations for our team on the court and we believe by making this change now that we can have a strong second half of the season.”

In criticizing the Hawks, Carlisle is exercising his responsibilities as the president of the NBCA. When a team fires a coach or a coach is the subject of undue media criticism in his eyes, Carlisle is always quick to come to their defense.

“Lloyd is a great young coach,” Carlisle continued. “He is a trusted friend of the coaches association and I really feel for him and his family. He just had a baby last week. I mean, this is just insane. [He’s] one of the real bright shining lights in our association, a great young coach who I’m certain will have more opportunities, but [it’s] very surprising the way this developed.”

3 Technologies You Can Use to Re-Skill Your Employees