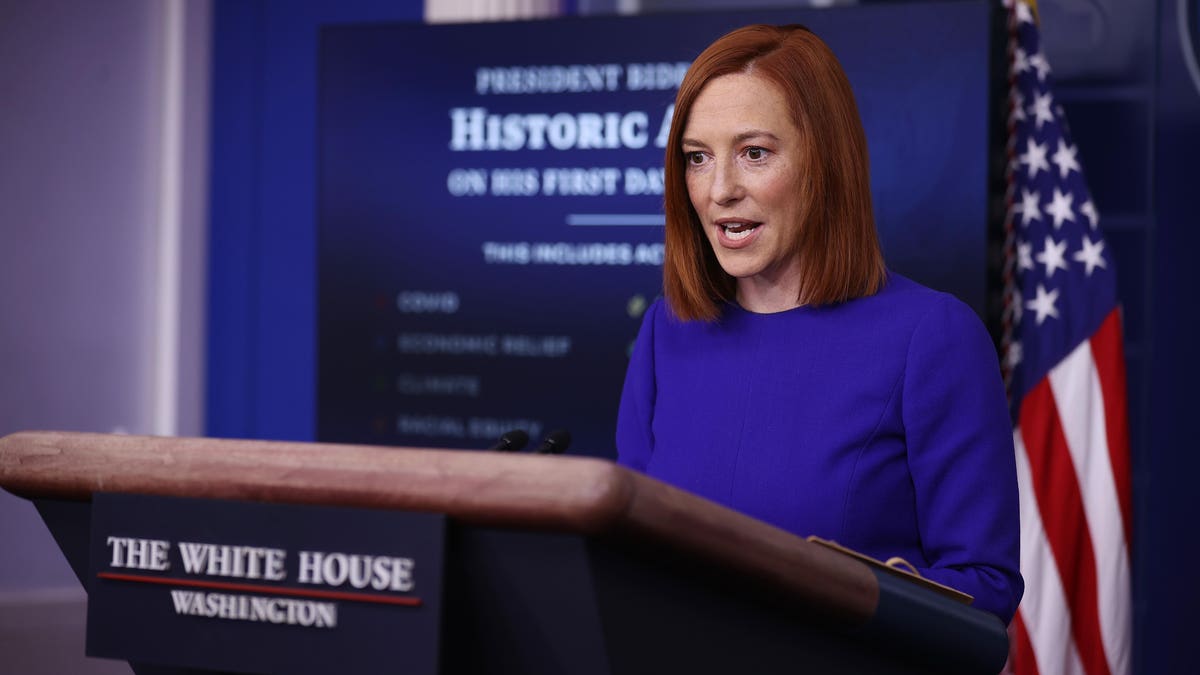 Taking a different tone from Trump, who constantly questioned and insulted the media, Psaki said she has a “deep respect for the role of a free and independent press in our democracy.”

She acknowledged that she might disagree with journalists, but said “we share a common goal, which is sharing accurate information with the American people.”

Psaki seemed to promise a stark change from Sean Spicer’s first press briefing where he sparred with reporters and lied about Trump’s inauguration crowd size, and from moments during Sarah Huckabee Sanders’ tenure where she misled journalists at times.

Taking questions for reporters, Psaki said that Biden’s first foreign leader call will be with Canadian Prime Minister Justin Trudeau on Friday, and that the leaders will likely talk about Biden’s decision to halt the Keystone XL Pipeline.

Psaki added that Biden will let Congress decide whether to proceed with Trump’s impeachment trial in the Senate, and his first priority when it comes to foreign policy is repairing alliances.

“I have deep respect for the role of a free and independent press in our democracy and the role that all of you play. As I stated earlier, there will be moments when we disagree, and there will be days when we disagree for extensive parts of the briefing even perhaps, but we share a common goal, which is sharing accurate information with the American people.”